“Life is measured by the moments and places that take our breath away rather than the number of breaths we take.” - Unknown 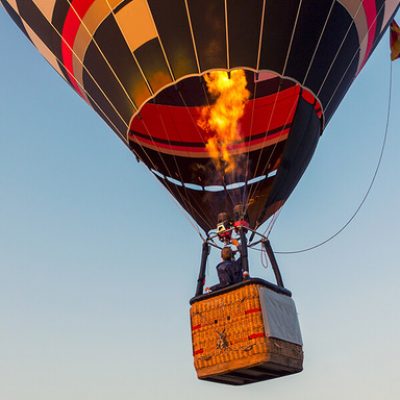 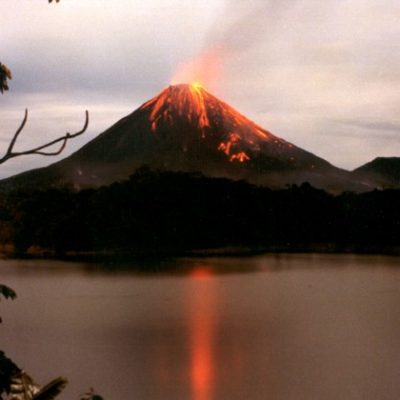 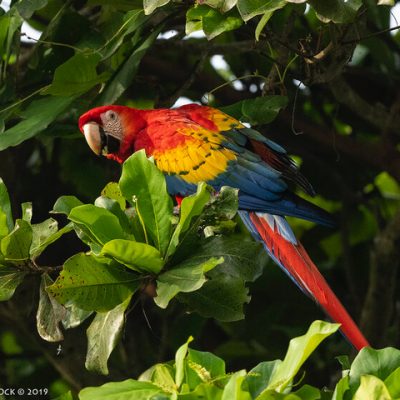 “I didn’t know hot-air balloons went this high”, murmured the nervous American lady  as we drifted through the watery Costa Rican sunrise. Tongues of orange flame leapt into the colourful globe powering us ever upward as the awesome black cone of Arenal – one of the world’s most active volcanos dwindled to a puny bump below. Having reached 7,600 feet we at last encountered a current of air that would take us in the right direction – toward the rain forest. Once there, we dropped to a mere 100 feet brushing through the lush green canopy. We passed brilliantly coloured toucans and parrots, gazed at families of howler monkeys and peered at rootless ‘air’ plants. As we swished past swathes of Spanish moss hanging from the teak branches our guide pointed out balsam, camphor and other medicine  trees. All too soon we were bumping back to earth in a ploughed field, our flying machine reduced back to its basics: a silk bag, two gas tanks and a wicker basket.

Costa Rica is a naturalist’s heaven: although it covers only 0.01 percent of the world’s land surface, it provides 5 percent of the oxygen and 5 percent of all known species. In Costa Rica, you can hike through tropical forests, drift through mangroves, swim in the Pacific, cruise in the Caribbean, go white-water rafting and windsurfing, and see one-tenth of the world’s bird species. This is where Steven Spielberg shot Jurassic Park, Woody Harrelson has a hideaway and while I conquered vertigo in a wicker basket above the volcano, Tom Cruise, Don Johnson, Kevin Costner and Antonio Banderas were competing in a celebrity deep-sea fishing tournament.

At dusk, we walked through the rainforest. Shy, white-faced monkeys bobbed in and out of the foliage, hummingbirds flitted past orchids and helaconias, while an army of leaf-cutter ants bearing neatly cropped leaves crossed our path. We emerged from the dense greenery onto the lava flow, a lunar expanse of barren rock left when the volcano erupted in 1968 and wiped out two villages. Among the lumpy ashen rocks a handful of tiny ferns were just beginning to take root – 30 years on. Overhead the comet Hale-Bopp trailed across the sky, and flashes of summer lightning added to the eerie awareness of primeval forces. Later, at the base of the volcano, we soaked in the steaming sulphur springs and watched burning rocks the size of houses tumbled down the hillside as the volcano spewed molten lava. (NB Arenal ceased erupting in 2010.) 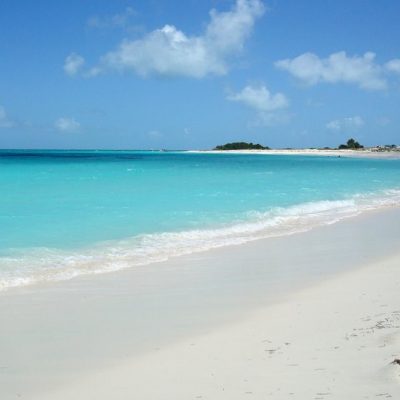 Memories of Venezuela
Children from the Stars 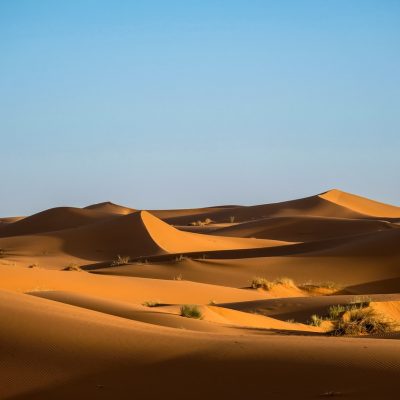 Memories of Libya
Cradle of the Titans 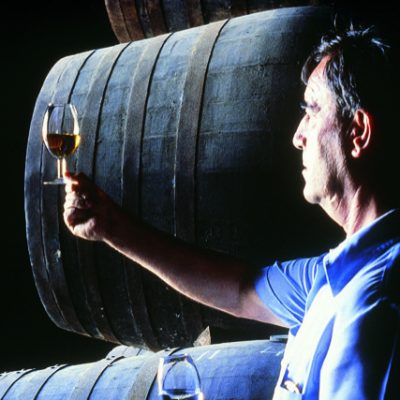 THE HOME OF AYURVEDA 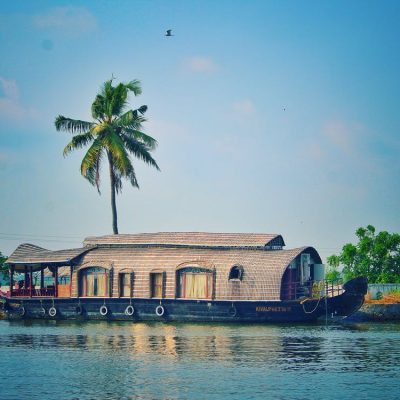 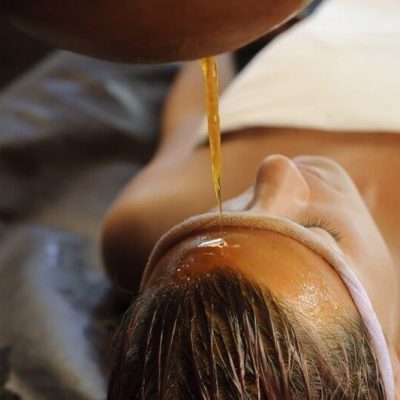 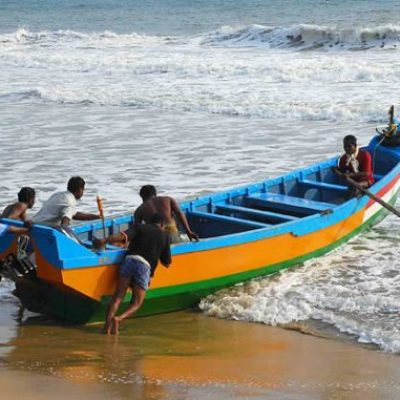 Following an overnight flight from Heathrow with a change of planes in Abu Dhabi, a taxi deposited me at Somatheeram, an award-winning Ayurvedic Centre in Trivandrum. After checking in I was led down a hibiscus lined pathway past rows of coconut palms to a traditionally built Keralan cottage with tiled roof, carved front door and old-fashioned shutters. Inside I found a  large double bed draped with copious mosquito net to keep night-time bugs away, an efficient ceiling fan to ensure the temperature was comfortable an en-suite bathroom and presiding over all a carved wooden Ganesha. Each morning I followed the local custom by placing a fresh hibiscus flower at the elephant god’s feet to ensure a tranquil stay – a wish that was more than granted.

Unlike Western Medicine which offers a designated treatment for a specific disease, the Ayurvedic way is to look at the make-up and disposition of each person. So it may be that two people suffering from the same ailment are offered a different cure. I had just been through the menopause so was un surprised that they recommended I take the ‘rejuvenation’ package, plus extra massage to reduce superfluous fat! This ten-day programme consisted of papaya facials, steam baths, dripping oil treatment (oil drips from a height onto your forehead – weird but extraordinarily relaxing) and massage, including the unforgettable ‘four-handed’ kind as well as delicate, mouth-watering meals. Early morning yoga being an added option.

After morning treatments, guests may enjoy beach activities, shopping or excursions. I opted for a tranquil  trip through the local backwaters. A boatman poled the charming houseboat  through a wide waterway fringed with high coconut palms. Our world of green was punctuated only by flashes of white as flocks of cranes swooped by, or the vivid pink and reds of women’s saris as they washed clothes at the water’s edge. Smoke drifted up from occasional small settlements where we caught glimpses of buffaloes grazing and small children playing.

In the afternoons the beach at Somatheeram was usually  empty except for groups of crows picking at the remains of yesterday’s fish catch, or a group of boys playing an enthusiastic game of cricket. In the early mornings it was busy with men heaving fishing boats into the surf, while the evenings found women patiently waiting with empty bowls hoping to fill them with the day’s catch of silvery sardines.

For an activity holiday with a difference to improve both health and fitness, Somatheeram comes highly recommended. I felt younger, fitter, more relaxed and charmed by the kind attention of all the staff. Most of the other guests with whom I spoke, including several women holidaying alone, were on their second or third visit.

The best time to travel is October-March although the June-July monsoon season is traditionally the best time for a full detox. www.somatheeram.org. 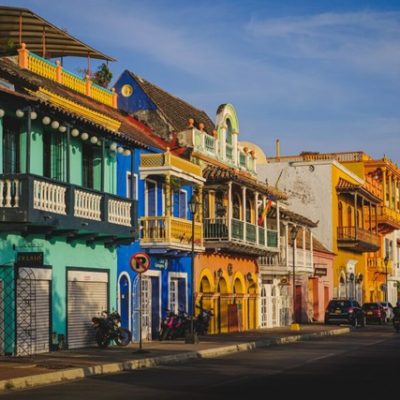 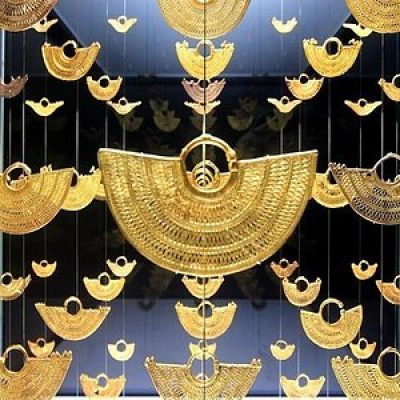 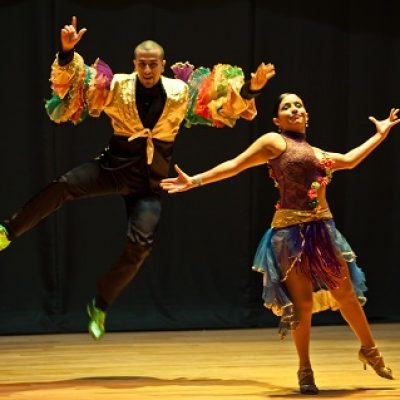 Colombia is an exciting destination. The coffee needs no introduction while the culture, from the wonder of the pre-Colombian gold artefacts (35,000 items in the museum in Bogotá and 600 pieces in the  one in Cartagena), to its mysterious stone monoliths, and the works of contemporary painters and sculptors is so worthy of appreciation.

It is two o’clock in the morning in the Tu Candela club overlooking the famed fortress walls of Cartagena across to the turquoise Caribbean Sea. Tables are topped with dancing couples shimmying to salsa and merengue rhythms. As my younger companions work there way through a bottle of rum, courteous strangers encourage us to take to the floor. At last with aching limbs we wind our way back through the narrow sixteenth-century streets toward our hotel. As we pass the Palace of the Inquisition an itinerant vagrant helps us with directions and wishes us ‘Vaya con Dios’. The cloister of the converted Convent of Santa Clara is quiet, and behaving like naughty convent girls we cannot resist a forbidden dip in the hotel’s prodigious moonlit pool.

In the morning light, the facades of the terracotta-roofed houses radiate colour. Painted in hot pinks, purples, blues and yellows, embellished with carved wooden window grilles, the balconies overflow with bougainvillea and hibiscus. In the streets men push handcarts brimming with mangoes and women carry baskets of fruit on their heads. Laconic vendors sell sweetmeats and lottery tickets while the sophisticated shops entice us with displays of leather goods, copies of pre-Columbian gold artefacts and inexpensive rough-cut emeralds, yet the enticing scent of freshly milled coffee lures us toward the cafés in a sunlit dappled square. Passing schoolgirls sashay to school dressed in crisp white uniforms while a group of soldiers with rifles lounge on a corner.

Cartagena has many sybaritic pleasures – good hotels, enticing cuisine and pulsating nightlife, while the idyllic coral archipelago of Rosario is just an hour’s boat ride away. Rosario offers beaches of pure white sand, waving palms, transparent turquoise water, scuba diving, deep-sea fishing, seafood straight from sea and all the while pelicans drift and plunge and drift on the gentle sea breezes once more.

For those interested in history and archaeology, a four-day trek into the Sierra Nevada de Santa Marta, (the highest coastal mountain range in the world) leads to the Ciudad Perdida which offers a graphic insight into the sophistication of Pre-Columbian Indians with its complex area of stone pathways, terraces, reservoirs and aqueducts

Cartagena is also a magnet for artists, dancers, sculptors and writers. I met with internationally renowned sculptor Hugo Zapata best known for his ‘monumental’ works. These include a planting of 70,000 Yarumo trees around a lake which reflects their dancing silvery leaves; and massive square gateways that frame vistas of the Andes. His work based on geography and landscape “accompanies all of us so that  someone, somewhere connects with one of his sculptures” – I certainly did.

“Cartagena has a magic atmosphere. Esoteric, poetic and for painters the light is always here all year,” enthused Artist Camilo Calderón who told me this delightful story: Our fishermen were using plastic bags for sails because they had no money for canvas. So after researching the right material, I painted a whole bunch of canvases, held an exhibition at the museum and afterwards we all went down to the beach; the fisherman hoisted those canvasses and set sail. Now the Cartagena coast is alive with paintings on the sea.”

Finally, it is impossible to mention Cartagena without referencing Nobel Prize winning writer Gabriel García Márquez who began his career in Cartagena. His books are legion as is his journalistic work. He created the ongoing Fundaciógabo for educating journalists in the city. His way of giving back to the young and with the idea of proving that journalistic features could be considered a literary genre. Wise and prolific, Marquez was a literary giant who loved life in all its guises. “No matter what, nobody can take away the dances you have already had.” How true. Dancing the night away in the soft night air of this magical ancient seaport was indeed a night to remember.

Adapted from an article first published in The Observer October 1999